The Inter-Governmental Authority on Development (IGAD) on Monday launched a cross-border infrastructure development strategy to realize inclusive prosperity in the greater horn of African region through seamless movement of goods and services.

Workneh Gebeyahu, IGAD executive secretary, said the strategy that is domiciled in the Horn of Africa Initiative (HOAI), aims to develop modern infrastructure in order to accelerate economic growth.

“The plans are designed in an environmentally and socially acceptable manner with the necessary mitigation measures,” Gebeyahu said during a regional meeting on infrastructure held in Nairobi.

He said the new plan will help foster regional infrastructure development in order to boost integration, adding that some regional corridor infrastructure plans have been implemented while others are underway.

Gebeyahu said that the Kampala/Juba/Addis Ababa/Djibouti corridor has been studied and is due for construction.

He said that although the region has made strides in the development of major infrastructure projects such as the Ethiopia-Kenya Power Interconnector and the Great Ethiopian Renaissance Dam, underdeveloped infrastructure remains a challenge amid the absence of a master plan of priority projects built on the consensus of its member states.

“The plan comes in to address this, and solve the problem of inadequate and poor regional infrastructure networks, connectivity and efficiency,” said Gebeyahu.

He said that IGAD has tried its best to identify the important arteries that will allow the landlocked countries in the region to obtain alternatives for accessing seaports.

He said that two regional sub-sectors, ICT and renewable energy are yet to attract funding.

He said that IGAD should ensure that new technologies are used in addressing the regions’ infrastructure needs. 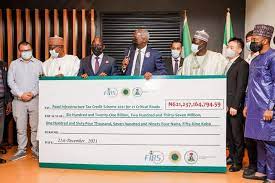