The Central Bank of Nigeria (CBN) and banks, under the aegis of the Bankers’ Committee, have begun talks with the federal government to finance four major roads across Nigeria.

The move, according to the Bankers’ Committee, would reduce Nigeria’s infrastructural deficit.
The committee, which said this in Lagos that the initiative would be beneficial to Nigerians, declined to disclose the projects banks plan to finance.

Addressing the media in Lagos, the Director, Banking Supervision of the CBN, Mr. Hassan Bello, said that “Government has invited the committee of bankers to also consider the possibility of a Public Private Partnership (PPP) in bridging the infrastructural gap and it is to that extent that the committee considered coming in to see how we can finance about four roads”.

“On the structure of the financing, the offer was just made by government and the committee just discussed it and it is too early in the day to discuss how this structure is going to be.
“The committee has already set up a small sub-committee to look at the modalities and also engage the government so as to know the way forward.”

Also speaking on the development, the Managing Director, FSDH Merchant Bank Limited, Mrs. Hamda Ambah, said: “We all agreed that government alone cannot provide all the infrastructure in the country that we in the private sector have to work hand in hand with government to ensure that the infrastructure that this country needs to move ahead is provided.

“With that in mind, what was agreed was that we create a small committee among the CEOs to work with the CBN to identify those roads where we would like to participate and come up with a framework, which we would share with government and once we have an agreement, we would be able to forge ahead.”

He said that “The Bankers’ Committee is looking in many ways to support government and the society whether it is increasing the level of credit to the private sector and real sector of the economy or working with NIRSAL and other banks to increase financial Inclusion or specifically intervening in infrastructure. “These are steps being taken to ensure that government is supported to grow this economy, reduce unemployment and also improve the security of the nation.”

While commenting on the additional funding for NIRSAL MFB, its CEO, Mr. Abubakar Kure, said the committee would aid its expansion. He said that “In order to accelerate the success of the NISRAL MFB, the Bankers’ Committee support has also increased the paid up capital of the bank from N5 billion to N7.5 billion, with an additional N2.5 billion. What that means is that the paid up capital will enable us to promote the expansion of branches across the country.
“The branches will be used as a tool for financial inclusion and economic development.” 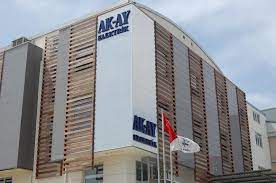 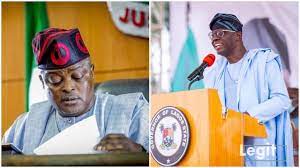