It is no doubt that power supply, road and housing constitute great infrastructural resources that define the state of health of a nation. These three key sectors have in the last three years received attention and dynamism that have been alien to it for many years. Under Mr Babatunde Fashola (SAN), the present Minister for Power, Works and Housing, Nigeria has no doubt experienced a fast pace infrastructural boost never experienced in recent times.

Fashola’s eye on the big picture and his result oriented approach have seen Nigeria made incremental progress in infrastructure. Today, electricity supplied to Nigerians has risen to an all time high 7,000 Mega Watts. The Federal Government is constructing roads in virtually all the 36 states some of which were through collaborative efforts as well as direct interventions. The present administration has spent over N300 billion on road construction since coming to power three years ago.

The present administration though the Minister has built and expanded essential traffic networks in major cities, including Abuja, Lagos, Uyo and Port Harcourt, through the construction of bridges, highways and regional roads. The construction of the main works, including associated infrastructure, for the Second Niger Bridge and the rehabilitation of the Abuja-Kaduna-Zaria-Kano dual carriageway project are steadily progressing. Before this administration, there was no functional housing policy but now we have one. 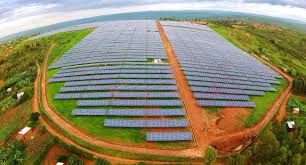